Warning: Parameter 1 to wp_default_styles() expected to be a reference, value given in /home/public/wp-includes/plugin.php on line 601

Warning: Parameter 1 to wp_default_scripts() expected to be a reference, value given in /home/public/wp-includes/plugin.php on line 601
 Interview With Conrad Winslow – Echo Chamber
Skip to content

Ahead of our coming concert at Spectrum, we asked Conrad Winslow a few questions about his piece Bloody Lyre that he wrote for us.

Bloody Lyre—it almost sounds like some peculiar American folk song. But instead, it’s a setting of radical feminist poetry! What draws you to Adrienne Rich’s work?

Conrad: “Political” predicaments are woven into the syntax of her work: for Rich it’s never a question of making a poem about politics; the poems take up their place within the scope of the problems that she fights. You can’t separate her activism from her art. Claudia Rankine (and a thousand others) was hugely influenced by Rich, and Rankine has carried this torch forward in work such as Citizen. In reading these poets you follow certain contours of thought that fill your head with questions. They put you on a path and then send you on your way, which is what I want my music to do.

The other thing that drew me to Rich was her use of ordinary language that feels so good to sing, and works on the low burner with occasional spectacular flares. The title refers to her image of a lyre that tethers the (aspirations for the) 21st Century to the 20th; the lyre/liar pun refers to her preoccupation with the idea that all language shuts out as much truth as it reveals.

You’ve very explicitly organized the work into “songs” and describe the piece as being like a cabaret set. How did you arrive at this structure, and does it affect the music itself?

Conrad: I selected texts from different periods in Rich’s life that speak directly and musically to her overarching project, which probes and manipulates text for new approaches to empathy and connection. An urgent late poem called “Final Notations” withholds its subject (“it will take all your breath / it will not be simple / it will become your will”). I broke it up and placed the sections as corridors between the other songs so that its meaning keeps shifting.

I’m really interested in the unstable borderland between sound and symbol. It’s super important to me that the word and the note have a fluctuating power dynamic. If there’s a battle between them I don’t want a clear winner throughout. Justine is singing on mic, so she has lots of opportunities to play with subtle shades of tone and to bring out the words. There’s also an overall musical trajectory in this 20-minute work moving from fragments to very long phrases, which forces the words to change their suit.

You quote Rich in your program note, saying “A poet cannot refuse language, choose another medium.” As composers, I guess our lot in life is sitting in front of Sibelius (or Dorico?) all day, moving notes around the page. In a way, Bloody Lyre feels like an act of reconciliation with Rich’s idea; you “bend and torque” your notes to create a music that’s self-reflexive, sometimes humorous, sometimes serious, always inviting the listener in. What impact does this concept have on your outlook as a composer?

Conrad: As listeners, we switch up our expectations more rapidly than listeners in the past, which is a huge opportunity. I want to create the circumstances to re-hear sound in a piece—to establish a possible meaning and pull the rug out and create a new context. The Italian photographer Luigi Ghirri wrote “there’s nothing old under the sun,” meaning that you must always re-inscribe your gaze, and see again. 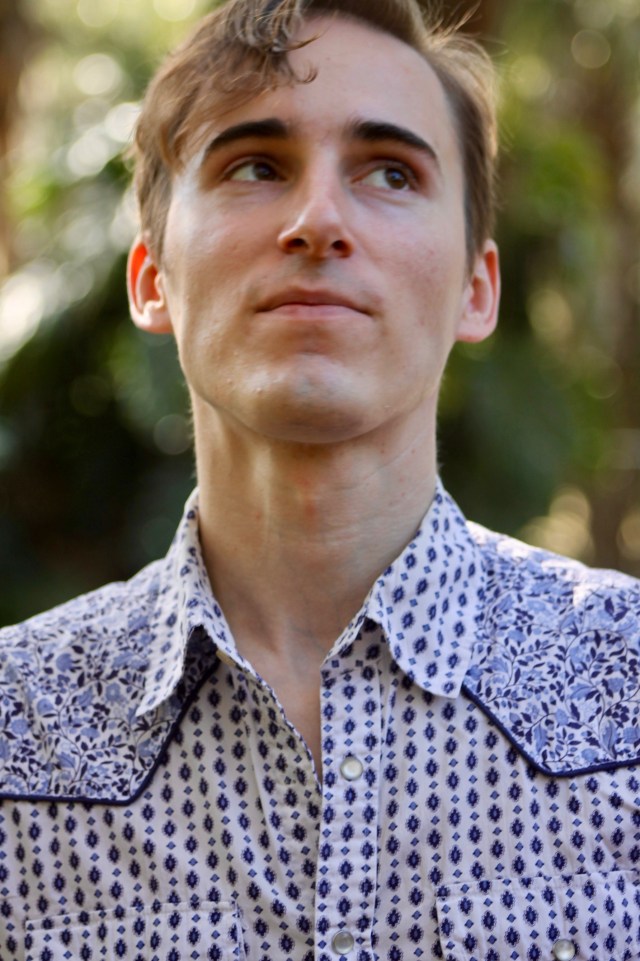 CHECK OUT OUR NEWSLETTER
+